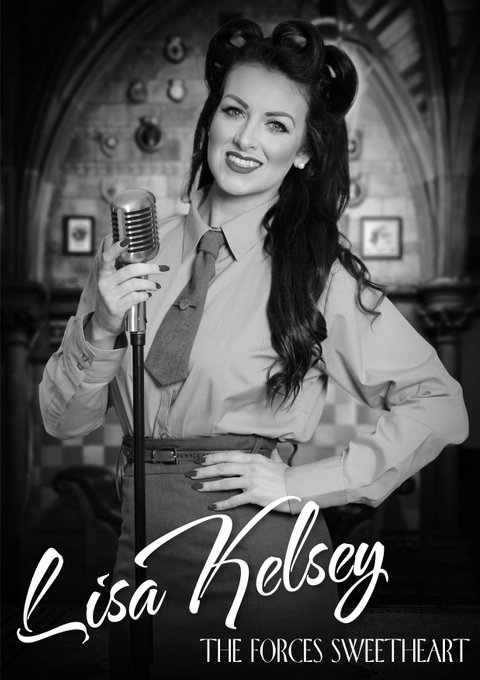 Lisa has recently played the role of Evelyn in the musical ‘Songs for Victory’ directed and produced by Max Barraclough. The show was launched in 2014 at the Westend Heroes concert at The Dominion Theatre and celebrates the glorious songs of the 1930’s and 40’s made famous by national treasures such as Vera Lynn and Gracie Fields. The show then went on to tour the UK and record an original cast studio album.

This is Lisa’s very own one woman tribute to the show and the classics from the golden era with all original 1940’s costumes, military uniform and a beautiful authentic microphone. Lisa had the most wonderful time performing for the troops at SHAPE in Belgium for 54 different nations marking Remembrance Sunday in 2015 and was invited back the following year. A very proud moment.

This show is perfect for military events, garden parties, holiday resorts and theatres so wave those Great British flags and singalong with We’ll meet again, I’ll be seeing you, When the lights go on again and God save our Queen.