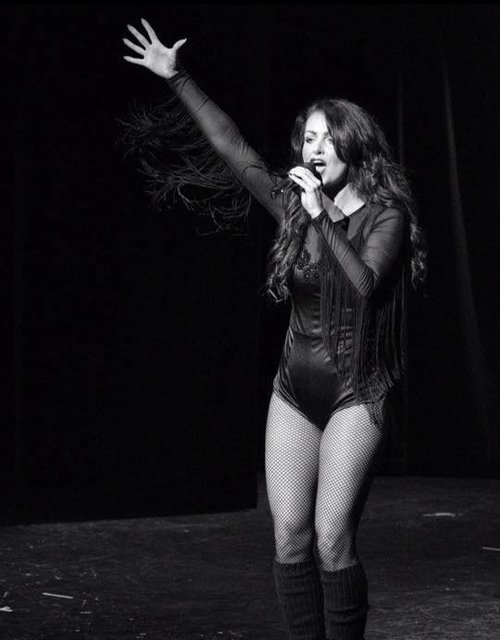 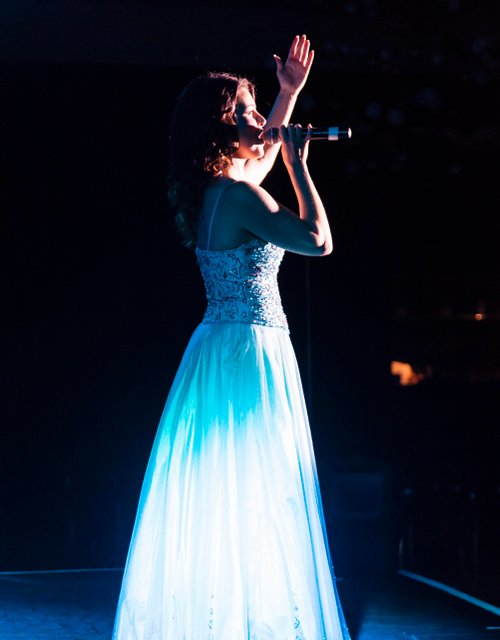 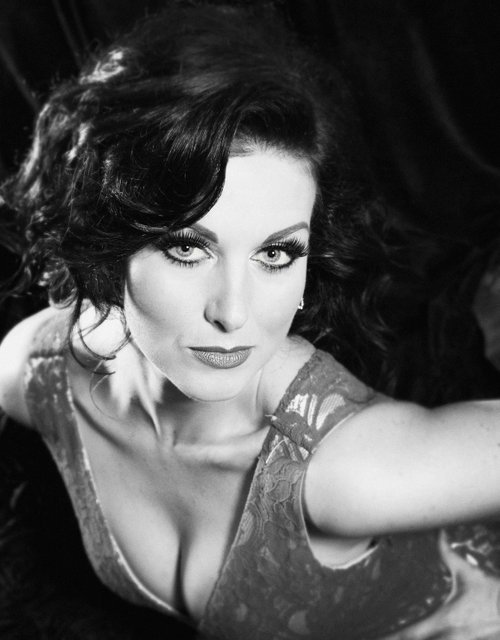 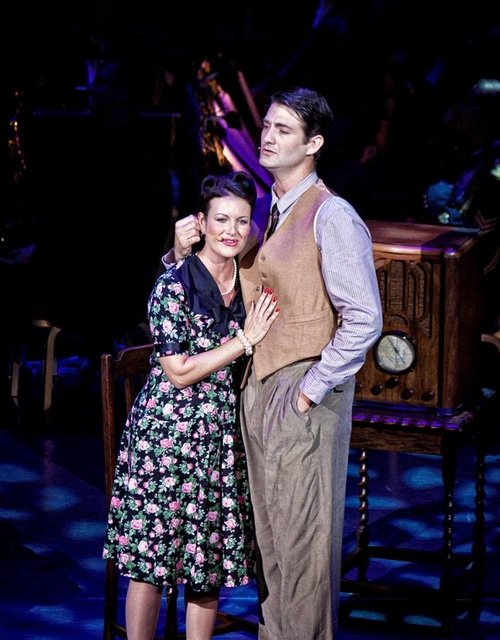 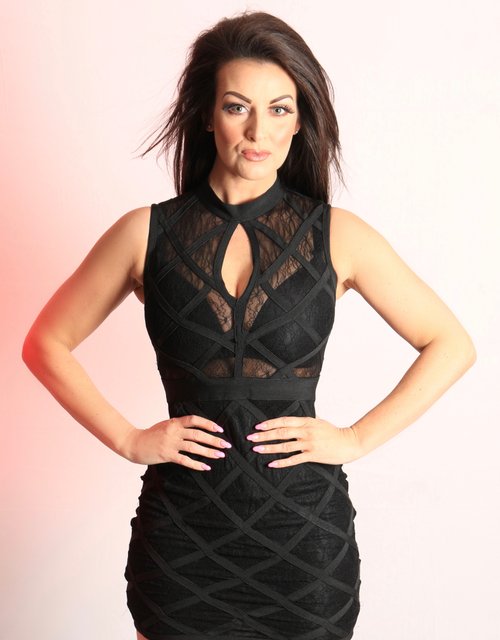 At college Lisa studied an A level in performing arts and all London College of Music grades in musical theatre and has a background in acting dancing and modelling as well as singing.

Her career in recent years has seen her touring various 5 star resorts in Egypt, Tenerife, Crete, Turkey, Cyprus, Ibiza, Algarve, Croatia, Minorca and Majorca in her classical duo ‘Nell A’more’ and from there moved into the classical crossover genre as a solo which she currently tours abroad for TUI Travel and Thomson Cruises, managed by Elaine Hunt and Stagepalm Entertainments.

She began her career in her final year at school taking part in a youth drama project ran by the "Prison! Me! No! Way!" charity who invited her to perform at the Hull City Hall for their launch of a national cd rom.

It was here she realised singing was her passion and performing at a big event at such a young age was a real honour.

She has continued to the present day working for the charity and is their touring vocalist.

The tour has taken her to hundreds of venues throughout the UK and across to Jersey and Northern Ireland and gives her the opportunity to sing up to date pop dance and R&B as a great contrast to her love for musicals.

In 2001 Lisa joined the extremely talented band Dream Machine working for Ellie Jay Cruising Entertainments for P&O Ferries. During this period she gained great experience in working with a live showband.

As a solo artist she has graced venues such as Her Majesty’s Theatre, London for Mardi Gras Promotions in 2006.

Over the years she has performed in duo’s Essence, Just Good Friends, One Night Stand, Sapphire, Fusion and LKB (Lisa Kelsey Band).

In 2007 Lisa won the hearts of the judges in the ‘Talk of The Coast’ competition in Blackpool where she gained the title ‘Coast Idol’ taking first prize.

It was at this final she met Geoffrey Hindmarche, Executive Producer of Showcase Productions Ltd and went on to be their principal vocalist supporting Paul Daniels and Jess Conrad amongst other stars at venues such as The Palace Theatre and The 5 star Potters Holiday Resort Great Yarmouth alongside BBC’s Rob McVeigh (Any Dream Will Do).

In 2009 she co starred with west end star Darren Day in a nationwide tour of ‘VIVA BROADWAY’ for Showcase Productions playing at stunning venues such as The Blackpool Opera House.

2010 for Lisa was a very busy year including a show alongside magician Paul Daniels and impressionist Alistair McGowan for The Rotary International conference at the BIC.

She also appeared in a summer season at the Bournemouth Pier Theatre in ‘Viva Broadway’ and finished off the year playing Snow White in pantomime at the The Spa Bridlington for Paul Holman Assoc. alongside west end star Denise Nolan receiving stunning reviews.

Following her performance at the "All Hands on Deck" show at The North Pier Blackpool, Lisa was asked to perform alongside some of the countries finest entertainers including Joe Longthorne, Jimmy Cricket, Duncan Norvelle and many more at the Hull New Theatre in 2011 where she sang ‘Love Never Dies’ in front of a home crowd.

She then played Princess Amelia in Jack and the Beanstalk again at the The Spa Bridlington following such a successful run in 2010. Lisa played Beauty in Beauty and the Beast in 2012 and 2013 saw her take on a very different role, the wicked fairy Carabosse in Sleeping Beauty at The Carriageworks in Leeds. Again with fantastic reviews, showing her versatility as an actress.

With a new venture in 2013, Lisa channelled her love for classical music and the songs of Sarah Brightman into a spectacular stage show, titled the ‘Angel of Music’, the only tribute of it's kind in the UK.

This is available self contained or with band parts as an option alongside her crossover soprano show and is absolutely perfect for cruises, theatres and hotels for a touch of pure class. The look and the voice!!! A show not to be missed!

In the last few years Lisa reprised the role of Snow White at The Carriageworks, Leeds and played the role of Evelyn in the brand new musical ‘Songs for Victory’ touring the show throughout the UK and performing alongside the West end casts of Miss Saigon, Evita and Les Miserables to name a few at the west end heroes concert, helping raise over £100,000 at the Dominion Theatre.

Lisa continues to do voice over and studio work and perform her various solo shows throughout the country and abroad for TUI Travel, TUI Cruises, First Choice, Warners, Pontins, Haven, Parkdene Resorts, Away Resorts, Rank casinos, bingo’s and many more venues.

This has been a really busy show for Lisa leading her to launch 'NON STOP 80'S' in 2018, offered as a multi decade show.

For 3 years running, Lisa visited the troops at SHAPE in Belgium to perform her stunning vintage 1940’s show to mark Remembrance Sunday, a proud and truly enjoyable moment where she managed to film her Forces Sweetheart showreel and capture the event with her photographer and videographer Paul Leeson Taylor.

Her passion for theatre has seen her tour with The Grumbleweeds in The Laughter Show throughout the last 4 years, perform in West End Musicals in Concert and in 2019 tour extensively in the smash hit show 'Mad About the Musicals' with Michael Courtney.

Returning to one of her favourite theatres, The Plaza Stockport, Lisa has just finished a sell out run playing Princess Rosalinde in Jack and The Beanstalk for Extravaganza Productions.

2020 is already looking extremely busy with datees secured with Fred Olsen cruises, Marella and a continued tour with Mad about the Musicals.